Assignment Marine security operation is an operation where the presence at sea has strategic value for the
existence of national sovereignty and maritime security in Indonesia's national jurisdiction. The threat of security
disturbances and violations at sea in the form of fishing theft, theft of timber and other natural resources as well
as encroachment on territorial boundaries by foreign ships requires the presence of the Indonesian Navy Patrol
Elements (Ships and Aircraft) for security. The limited number of TNI AL Patrol Elements and the budget
provided by the state as well as the need for securing the maritime territory of the Republic of Indonesia has
resulted in the need for thinking about optimizing the assignment of Patrol Ships and Aircraft in the Kamla
operation sector and placement to their supporting bases, so that the right type and amount and operational
costs in security. Ships and aircraft carry out patrols in randomly determined sectors. This optimization model
identifies the related decision variables through open interview discussions, then sets the objective and
constraint functions as an optimization model to be developed. The application of the Goal Programming
method can be formulated by determining the decision variables related to the assignment of aircraft where the
objective function is to calculate the maximum radar coverage area in the operating sector and minimize
operating costs. After optimizing the coverage area, there was an increase of 2.5% and a decrease in operating
costs of 28%. So that, Mamdani's Fuzzy Logic method is used to determine the output of certain radar coverage
areas. In this case, it requires the help of Matlab software on the Fuzzy Inference System (FIZ) toolbox to solve
this problem. 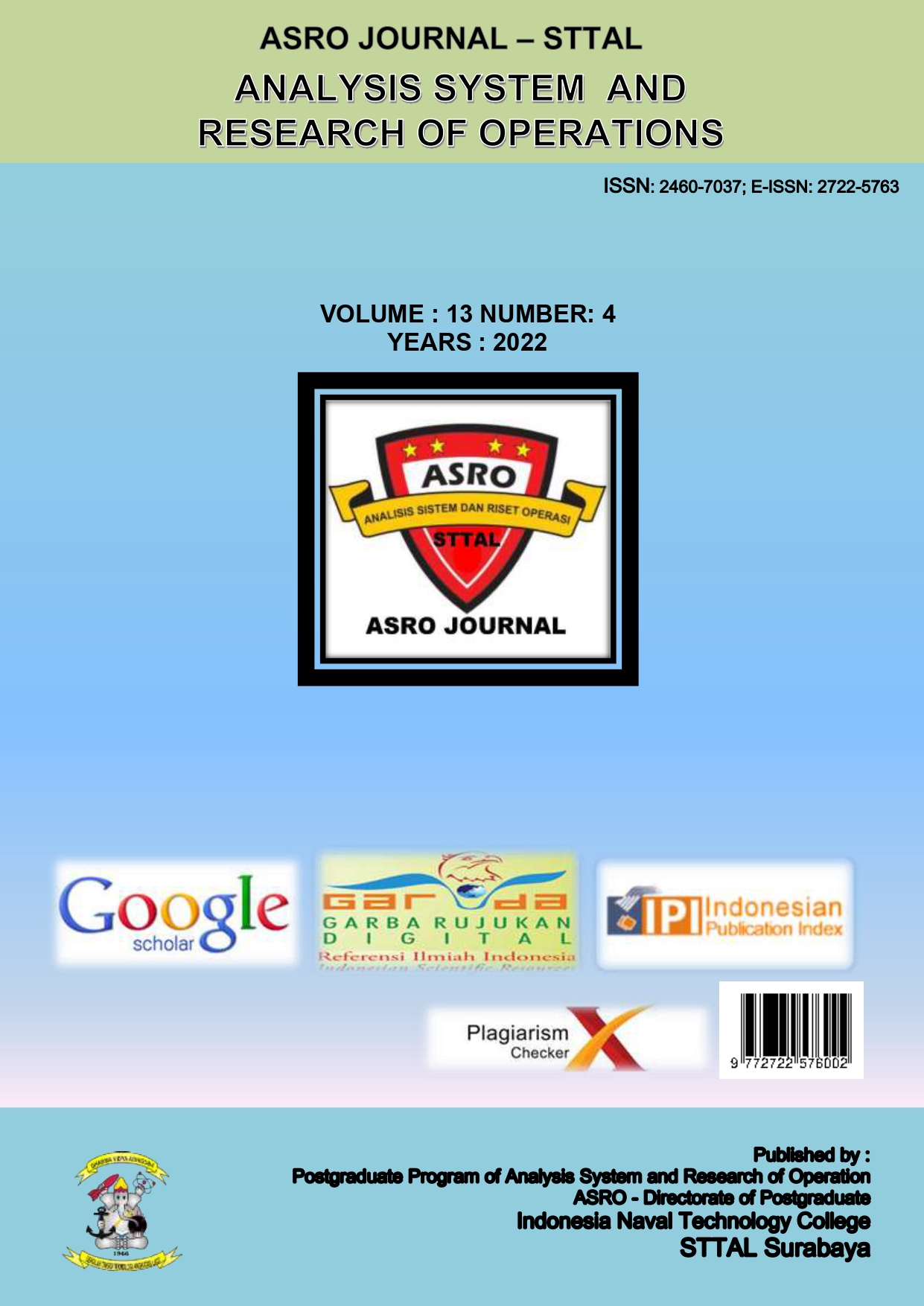